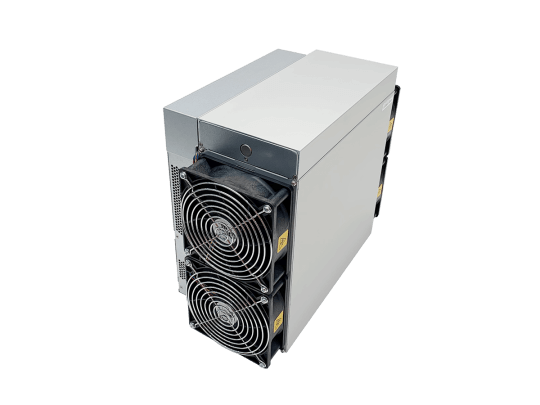 Antminer S19 is the basic model of Bitmain's 19-series of ashiks, the first to use chips made on the 5nm process. In fact, all other 19-series asics are no more than modifications of S19, with more or less differences.
And it would be a mistake to assume that subsequent modifications of S19, which received additional letter indices, are unambiguously better than the basic model. In most cases new models are rather an adaptation of basic S19 for new production lines.


The aforementioned performance specifications are achievable with the stock firmware "out of the box". Antminer firmware traditionally leaves much to be desired in terms of performance and power efficiency, so we recommend to pay attention to one of the custom firmware presented in the Firmware and software section of S19.

Antminer S19 Pro is positioned as a "senior" model in the lineup - more powerful and more productive than the base S19. One of the main reasons for the efficiency gain is the reinforced power supply. In addition, this model is somewhat more compact, which facilitates the placement of ashiks on the sites in data centers.


The characteristics of the Antminer S19 Pro are as follows:

Much of the performance gain of the Antminer S19 Pro is a result of using more sophisticated stock firmware than the basic Antminer S19. However, the stock firmware is still far behind the most advanced custom firmwares which you can find in the corresponding section of the S19 firmware and programs.

The Antminer S19j is one of the most controversial models of Bitmain's range of ashiks. On the one hand, the manufacturer has positioned it as an upgrade from the basic model, taking into account technological developments, and even the number of chips in the ashik increased - from 76 in S19 to 114 in S19j. However, in practice the performance of both ashiks is identical, and on the stock firmware S19j is even somewhat inferior to the "older fellow".

On stock firmware, though, the S19j's power efficiency is slightly lower than the S19's - 34.5 W/TH vs. 34.2. In other words, despite the fact that the S19j is more than a year newer and has more chips, the real performance of the new ashik does not differ from the base model. And quality custom firmware such as you can find on our site in section Firmware and programs S19 for ashik performance is much more important than the extra letter in the index.

Bitmain continues the tradition of dividing each new model into basic and "professional" ones - S19j Pro got new firmware and reinforced power supply, which gave it more performance and power efficiency compared to S19j. However, the S19j Pro is somewhat inferior to the S19 Pro in terms of performance, having the same power efficiency as the "old guy".


At the same time in many reviews you can find information that the S19j Pro uses 5nm chips, although Bitmain itself does not declare it, and keeps the chip size a secret. And given the lack of performance gains, we can not talk about a technological breakthrough in the creation of S19j Pro.

The Antminer S19i is another example of the new model from Bitmain, the differences from the basic version S19 are mostly limited to marketing. S19i uses new chips, according to the manufacturer, specially designed for this ashik, but its performance and energy efficiency corresponds to the base model. And on stock firmware, the performance of Antminer S19i takes an intermediate position between S19j and S19.

Unfortunately, the Antminer S19i is pretty hard to call a grand market success. Bitmain has stopped selling this model on its website, even though the older Antminer S19j Pro is still available.

Antminer S19a is another upgrade of the basic version S19, which received a new version of chips - BM1398AC and improved power supply.

The performance characteristics are again the same as the base model S19, however, in contrast to the S19j and S19i, even the minimal lag has been eliminated. On the stock firmware hashrate S19a and S19 is the same - 95 TH/s.

S19a parameters are as follows:


The main advantages of the new model, according to the manufacturer, are better stability, reliability and longer life. However, at this time new Bitmain does not ship new S19a asics - this model was replaced by a more advanced version.

Antminer S19a Pro can be considered a direct upgrade of the base model Antminer S19 Pro. S19a has received a new power supply (APW12 version 1.32) and uses a new series of chips - BM1398AC. Moreover, there are fewer chips than its predecessor - 100 instead of 114, but the ashik performance remained at the same level.


At the same time, the new ashik is lighter than its predecessor, and, according to Bitmain, is more reliable, has more stable performance parameters, and is able to work longer without loss of performance. In combination with the custom firmware, which you can find on our website in the Firmware and programs S19 , Antminer S19a Pro is a very and very effective means of mining cryptocurrencies.