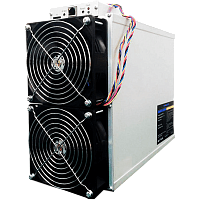 
The A11 model was released by Innosilicon to cement its dominance in the Ethereum mining segment and the rest of the altcoins mined using the Ethash algorithm. Notably, the closest competitor to the new ASIC in terms of performance is the A10 Pro, from the same manufacturer.

A number of experts believe that Innosilicon is taking a certain risk. Ethereum developers plan to merge ETH1 and ETH2 networks in May 2021 and completely abandon PoW algorithms. In this case, ASIC owners will be left to mine fork ETCs and a number of low-cap coins.

While miners prefer to farm on video cards in the belief that they can be sold later, the following factors speak in favor of the Innosilicon A11 purchase:


It is worth taking into account the moment of constantly postponed plans to launch ETH 2.0, which was supposed to be launched back in 2016. Despite the advent of the deposit smart contract and the launch of the zero phase of ETH 2.0, the merger could take several more years.

Ethereum cryptocurrency, the main target of the acquiring Innosilicon A11miners, is gradually becoming more valuable in the eyes of investors in terms of technology. If one accepts this point of view, then the cost of the equipment is justified.

Otherwise, the acquisition will seem too risky an undertaking that should be hedged with a financial plan to dynamically hedge future earnings with financial derivatives.