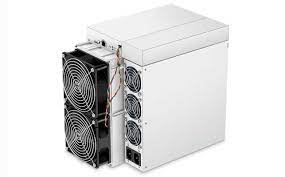 
Coins using the Ethash algorithm pose a major challenge to ASIC manufacturers. After all, this algorithm was created to make it as difficult as possible for ASICs to be used efficiently. That's not to say that developing a dedicated Ethash miner isn't possible, but a "battery" video card solution is much easier.

Bitmain ignored the ASIC segment for Ethash for a long time, but last year it announced the release of the Antminer E9 Ethash. Its release was scheduled for the fall of 2021, but was somewhat delayed: as of March 2022, it was in production, but the date to start selling to consumers and even the exact price has not yet been announced.

Assuming the announced specifications are achieved, Antminer E9 Ethash will be capable of replacing 25-30 GeForce RTX 3090 graphics cards with the Antminer E9 Ethash expected to be priced around $20-25 thousand, which is about three times cheaper than the 25 graphics cards mentioned above. In addition, we should expect that just a few months after the release of the ashik on the market, custom firmware will be developed for it, significantly improving performance.